How do you, as a mother who lost her only daughter, forgive the man who claimed responsibility for the attack that killed her? How do you forget his crime while travelling with him across the world? These were some of the questions that came up at the recent dialogue between Science and Society at University of the Free State (UFS) that looked at forgiveness and reconciliation.

Present at the dialogue was Jeanette Fourie whose daughter Lyndi was killedin an attack on the Heidelberg Pub in Cape Town in 1993. Fourie was one of the people sharing their stories of pain and forgiveness.
“Don't ever think you can forget, because that’s not possible. What you do with the pain is to find peace, and that's what forgiveness does. Forgiveness allows you to stop all the dialogue in your head on why he did it. You don't forget, you confront it and you deal with it,” said Fourie.

The man who killed Fourie’s daughter Letlapa Mphahlele, Director of Operations of Apla, the military wing of the Pan Africanist Congress (PAC) at the time of Lyndi's death, spoke about dealing with the response to his crime.

“"Sometimes you wish that you were not forgiven, because now you have the great burden of proving that you are worthy of forgiveness,” said Mphahlele.

Also telling her story of forgiveness was Olga Macingwane, a survivor of the Worcester bombing of 1993 in which four people were killed and sixty-seven others injured. Four people were sent to prison. In 2009 Olga met one of the perpetrators, Stefaans Coetzee, and what came out of that meeting, is her story.

“When I met Stefaans I was very angry, but when you sit down with somebody and listen to him or her, you find out what the reasons were that made him or her do something. I can say that I forgave him,” said Macingwane.

Facilitating the conversation was Professor Pumla Gobodo-Madikizela, Senior Research Professor on Trauma, Forgiveness and Reconciliation at UFS. She said the seminar was meant to get in touch with the truth that forgiveness is possible.

“Before we had the Truth and Reconciliation Commission (TRC) in South Africa, the experts always said that forgiveness was not possible in these stories of the past. The TRC came into life as a response to mass atrocities. For the first time in the history of these traumatic experiences, of political traumas, we witnessed something that we have never seen. Even us on the TRC, although it was framed as reconciliation, we never imagined there would actually be stories of forgiveness emerging out of that process, and then we witness that this too is possible,” said Prof Gobodo-Madikizela.

Charmaine Kolwane Mrwebi became the first Black woman in the Free State to launch two books at one occasion, this week.

The venue, the Afrikaans (and Sesotho) Literary Museum in the heart of the city of Roses throbbed with excitement on Wednesday (March 27) as the occasion unfolded; witnessing some of the most accomplished writers, intellectuals and educators. 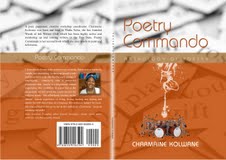 The two books launched were Poetry Commando, and Omoseye Bolaji: Channelling One’s thoughts onto paper (Revised edition). It was an occasion which witnessed many pupils basking in poetry readings; alongside inspirational speeches and exhortations. 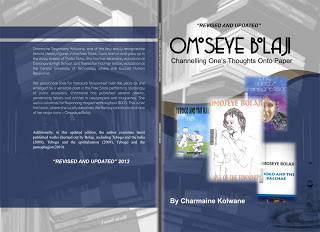 Charmaine herself went down memory lane, touching on her pedigree as a writer; and her literary journey thus far. She was delighted to sign copies of her work as copies were snapped up later.

Magashule to be responsible for the maintenance of 38 IT systems

Premier Magashule went to Vredefort where he tabled the budget vote of office of the premier for the financial year of 2013/14.

Office of the premier was allocated an amount of R279 956. This amount is set to be allocated into programmes which is administration relating to the provision of executive support to the premier, provincial executive council and the direct general.

Magashule promised to continue to strive to boost platforms to close the communication void which is set to be created by factors like inaccessibility and resource constraints.

“The platform such as Hlasela TV, Hlasela news and slots in SABC and Etv, have reached a large number of people who lacked access to information due to their location in rural areas,” said premier Magashule.

Magashule also promised that this year there will be an improved and better coordination of campaigns. He said that all campaigns plans for events such as moral regeneration, verification of completed MIG projects, clothing and food banks, and others will be submitted to EXCO by mid-April for consideration.

“My office will be responsible for the maintenance of 38 IT systems. The re-engineering of the bursary system was finalised and 13 new systems were developed,” Magashule said.

He further said that: “The development of 5 new systems and the conversion of 3 current systems to web base will be implemented”.
Last year, more that 600 youth delegates drawn from a broad spectrum of political, cultural, social, students, sports and business youth formations across the province took part in the indaba.

He concluded that: “public participation and direct interactive communication with people of the Free State through Operation Hlasela and other platforms such as Hlasela news will remain a permanent style of governance for the remainder of this term of office.”
Posted by Eric at 2:33 AM No comments:

The development and transformation of the Free State economy will be a critical contribution to the inclusive economic growth and social development.

“Let’s do it together as government, business, labour and the community at large. This provincial budget is therefore a budget for development and economic growth,” said the Mec for Finance Seiso Mohai.

Mohai stressed “The South African economy has continued on a positive yet dull recovery, with recovery, with a GDP growth of 2.5% in 2012 and anticipated to be 2.7% in 2013.”

According to Mec for Finance, unemployment is the most serious issue confronting the Free State economy. He quoted the most recent labour force survey which indicates that unemployment in the 4th quarter of 2012 stood at 33.2%.

Mohai advised that the government must transform and develop the main industries in the province, namely, mining, agriculture, manufacturing, tourism and infrastructure.

Mohai stated: “our province’s ecquitable share is reduced by R 1, 430 billion over the 2013 MTEF. Additional funding of R1, 898 billion over MTEF has been received from National Treasury, of which R 1, 495 billion is earn marked for improvement of conditions of employment over the MTEF and the remainder is allocated to the province as a cushion for census 2011 changes.

Two Free State schools' pregnancy policies were set to be challenged in the Constitutional Court in Johannesburg.

This follows a challenge by the Free State department of education, which believes it is unconstitutional to not allow a pupil who has given birth to return to school in the same year, and that they must redo the year.

According to papers submitted ahead of the application, the issue arose as a result of the policies of Welkom High School and Harmony High School. In terms of their pregnancy policies pupils who fall pregnant may not be readmitted to school in the year that they give birth, and must repeat a year of schooling.

This is irrespective of the health of the pupils, and their and their parents' wishes, as well as their capacity to catch up on missed school work. The education department tried to intervene, on the grounds that the policies were in breach of Section nine of the Constitution and violated the pupils' right to education.

The head of the education department had issued instructions to the schools to readmit the pupils, in terms of the Employment of Educators Act and in terms of Section seven of the Constitution to “act positively to respect, protect, promote and fulfil the fundamental rights protected in the Bill of Rights”.

This saved the pupils affected by the application from exclusion from school for the balance of 2010, and from having to repeat their 2010 school year in 2011.

But the schools contended this infringed the powers of the school governing bodies.

It also held that the head of department had no legal power to act as he did, and that his instructions to the principals violated the constitutional principle of legality.

The education department is challenging the matter in the Constitutional Court on four grounds: that the courts below assumed incorrectly that a governing body is competent to adopt a pregnancy policy at its school; that it fails to take into account the employment relationship between the head of department as employer, and the principal as employee; it ignores the obligation of the State not, through its employees, to act unconstitutionally; and that it fails to take account of the responsibilities of the courts themselves to protect fundamental rights.

Lobby group Equal Education is among the friends of the court that have been admitted to the case.

According to the court papers the respondents ultimately accepted that the pupils could return to their schools. The department however believes the case illustrates the unconstitutionality of the schools' pregnancy policies.