The Bokamoso Day Care and After Care Centre in Bloemside, Bloemfontein was the pivot around which a cornucopia of activities revolved as Mandela Day - his pertinent birthday - swung into full throttle.

There was a distinct sense of celebration and amity around. The young ones basked in the feel-good ambience of the day, hand in glove with the sponsors which included the print and electronic media. The Central University of Technology was also amply represented.

Eugene Ntsieng from CUT said: “It behoves us on behalf of the CUT to chip in at this auspicious occasion in line with Madiba s vision and exhortation. Hence we sponsored the bread and soup - and plan to help this Centre with furniture soon.”

Madiba s legacy was palpable throughout the occasion, even amongst the very young pupils here who cavorted around. “Tata Mandela, happy birthday!” “He’s our great great grandpapa - and we love him!” The disparate kids kept on saying.

Mr Moses Vinger, publisher of Free State news was also resplendent at the occasion. He said: “Worldwide, at special occasions like this, a media house focuses on, and adapts a particular worthy cause for magnanimous publicity. Hence the presence of Free state news here today,”

Mme Bangiwe Morenammele, the matron of the Centre was effusive in her delight and gratitude. She said “We thank God about this special day of Tata Madiba Mandela, Ngqolomsila Nkomo ka Sophitsha. We also thank God for our enthusiastic visitors today.”

She added: “The children here, our children, are overjoyed. They enjoyed the food gifts, and general goodwill. We thank our visitors from Free State news, PEO media etc - they took our children to the Museum, made them happy...thank you again and again.”

Thereafter, the gleeful kids from the Centre were taken to the Zoo where further delights awaited them. Bokamoso Day Care Centre has a staff complement of three, and 75 children. It commenced operations on 04.01.2010 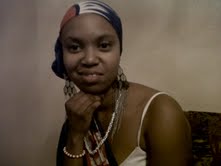 
Six years ago I got raped! This occurred at what was suppose to be at secure environment (at school to be precise) and all I could say then was; dreams which seemed to be coming true were shattered within a blink of an eye.

This incident was never known till this point of sharing it with you.

Perhaps I was too alarmed even confused. "Who would believe me?" I pondered in my thoughts, but, regardless of how I was feeling, the main reason which prompt my silence is that I was (and still) uncomfortable of how people would claim me as being a victim. I asked myself, "who is going to claim my survivorhood instead of my victimhood?"

What happened to me can be viewed from many aspects. My story is one of forgiveness

Letting go of past incidents and holding on to the hope of tomorrow or however you might perceive it. What I learned from this experience might sound like a cliche but it's actually the truth.

1. I took 6 years to break the silence and forgive whereas I was oblivious to the fact that; forgiving your perpetrator will be like taking off a painful pair of shoes after walking in them the entire day. I don't know the anything about the two male persons who took away my innocence, but I know that nothing weighs heavily upon progress than a heart filled with grudges. Many are trapped in the prison of grudges due to people who have caused their lives to be a living hell. Grudges rob you of your sanity as you approach different stops of your life.

2. Letting go means I can look towards my future and new possibilities, hence rape is not me but it happened to me. Sipho Mnyakeni says: "my sisters, you are still in line for your personal greatness

Your future depends on you,

Self-pitying is self destructive,

As the incident seeks to finish you

Your will to survive will sustain you

You are not defined by it

You are greater than that ;

I wish you could see what I see in your eyes,

The future is safe,

You are still in line for greatness

Turn to the mental field of your youth

3. If you are still breathing then God hasn't given up on you. Your occupation is to persevere and your promotion will be victory. We all have the ability to see the brighter picture in our dark experiences. Break the silence and claim your survivorhood.

This article is for all those women who have been denied the platform to say: "I was raped!" I know you. I feel you. I, too, was raped. And rape is NOT us. It just happened to us!

The cold winter condition did not constitute a damper as teeming supporters and players surged to Clive Solomon stadium over the weekend. The freezing conditions which compel referee and his assistants to wear tracksuits continued unabated when the Crusaders and Platteland met over the weekend in a friendly game, as both teams were preparing for the oncoming league games.

The first team to make a decisive move was Platteland which opened the score and convert to make the score 7 goals. The game which was difficult for both teams in the first half saw Crusaders wake-up after they were scored by Platteland and they managed to score a goal and convert it to equalize the score. After the Crusaders scored, they never looked back, as they rallied and scored, to make their score 21-7.

For the visitors the condition was somewhat undermining for them, as they were the first team to put the ball inside the net, therefore they fought so hard to gain ascendancy in the game and everything worked for them and after they scored they led the first half with 28-21.

The game which was dominated by Platteland showed the side and ability of Platteland when confronted with their opponents’ nous. The Crusaders which attempted to play the game; could not match Platteland which was over the pitch. For the Platteland the friendly game helped them to prepare for the next game, while the Crusaders was left with much work to do, as they lost the game 59-33.